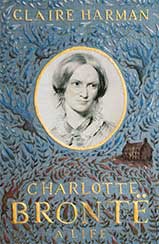 Writing biography is an immersive experience: you read, write, live and breathe the subject for several years, to the exclusion of all others. Writing about Charlotte Brontë has been totally preoccupying for me, both because of the wealth of material that she left behind – lovingly preserved at Haworth and in libraries across the world –  and because of the power of character, the spiritual presence, that pervades both her public and private works. She intended to haunt her readers, and does.

Brontë poured everything into her books, but lived it first. That’s what makes Jane Eyre’s impassioned speeches so electrifying, Lucy Snowe’s despair so all-pervasive, Caroline Helstone’s mental fragility so alarming.  Even at her most Gothic, she wanted to express true emotions, true behaviour, and created a new kind of heroine to express it; someone whose heroic qualities are scarcely visible to the world at large, but who burns with inner passion and longings.

Brontë’s unimpeded imagination remains a force to be reckoned with today: Jane Eyre is a great love story, but it is also bracing and shocking and bold in its spirit. Charlotte Brontë’s was ‘a force of strong fiery life’, as Matthew Arnold’s sister once remarked, ‘which nothing has been able to freeze or extinguish.’  Her life was incredibly sad, and the tragedies of her siblings’ deaths all but killed her, but that fiery force went undimmed into her books and into her heartbreakingly eloquent letters. Of all the subjects I have written about, hers is the most unquiet ghost.

Charlotte Brontë: A Life was published by Viking Penguin in the UK on 29 October 2015 and by Alfred A. Knopf on 1 March 2016, with the title Charlotte Brontë: A Fiery Heart. The paperback edition was published in April 2016 to tie in with the bicentenary of Bronte’s birth. It is also available as an e-book and unabridged audiobook and was a BBC Radio 4 Book of the Week adaptation, read by Hattie Morahan.

Click here to read an extract of Charlotte Brontë: A Life 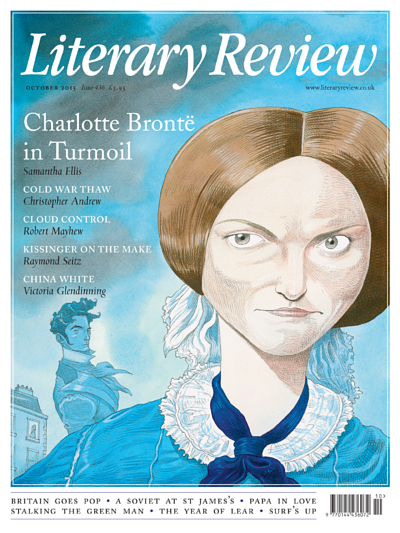 From the reviews of Charlotte Brontë: A Life:

‘There’s a fire and a fury raging in that little woman,’ Thackeray observed of Charlotte Brontë. ‘She has a story and a great grief that has gone badly with her.’ Harman tells the story with quick wit, a sharp sympathy, and a fire and fury of her own.’  (Frances Wilson, Evening Standard)

‘[An] excellent new bicentennial biography… Ms. Harman writes with warmth and a fine understanding of Ms. Brontë’s literary significance. Above all, she is a storyteller, with a sense of pace and timing, relish for a good scene and a wry sense of humour.’  (The Economist)

‘Elegantly written, consistently perceptive… [Harman] succeeds in bringing Charlotte back to life in all her spiky vulnerability.’ (Daily Mail Book of the Week)

‘Revelatory (…) [Harman] adds freshness and texture to her account with original speculations. As someone who once wrote a book about the Brontës’ afterlives, few people can have read as many biographies of them as I have. I thought I was Brontë-ed out, but reading this book—which will be equally accessible to someone coming to Charlotte for the first time—has drawn me back in.’ (Lucasta Miller, The Independent)

‘Full of pleasing and piquant detail, scraps of passing recollection assembled from the various lives and letters in which the Brontes featured and from which we might reconstruct their world’ (Financial Times)

‘A retooled classic biographical narrative, shipshape and serviceable for the next 200 years.’ (Kathryn Hughes, The Guardian)

Claire Lowden in the Sunday Times: ‘Prepare to suffer similar time-loss at the hands of Harman, Brontë’s most recent biographer and a master storyteller in her own right. Level-headed, highly readable and always intelligent, Harman’s account of Brontë’s life and work is a delight from start to finish.’

Lucy Worsley in the Mail on Sunday: ‘[Claire Harman is] a wise and reliable guide. Charlotte Brontë is the nerd’s novelist of choice, and as Harman is the biographer’s biographer, it’s a dream team. Sensational.’

Helen Dunmore in the Observer: ‘A subtle, measured biography, full of insight into Bronte’s fiery intellect as well as the tragic intensity of her experience.’

Marcus Field in the Independent: ‘Harman brings a fresh eye to many of the same papers studied by Gaskell to compile her Charlotte Brontë: A Life. The Gothic atmosphere and heart-breaking details remain, but Harman achieves a great feat by making the story seem new again.’

Robbie Millen in the Times: ‘It’s the bicentenary of her birth next April, and this is a fitting testimony of her talents and life’

US edition, published by Alfred A. Knopf on 1 March 2016: Charlotte Brontë: A Fiery Heart

Articles by Claire connected with Charlotte Brontë: A Life:

‘Discovering the Brontës’: the surprise finds and necessary edits in writing the life of Charlotte Brontë, Penguin website, winter 2016
Click here to read

BBC History Magazine, November 2015: Claire and Charlotte Hodgman discuss the history of the Brontës in Haworth.

‘Which Brontë sibling are you?’   Telegraph, 6 October:  Take the quiz!

’11 Things you didn’t know about the Brontës’,  Telegraph, 7 October.
Click here to read

In connection with the National Theatre’s current production of Jane Eyre, directed by Sally Cookson:

Claire talks to Jenni Murray on Woman’s Hour about the life of Charlotte Brontë:
Click here to listen

For more information about the embroideries commissioned for the beautiful UK cover of Charlotte Bronte: A Life, go to the website of the artist Chloe Giordano: click here